“When I play with my cat, how do I know that she is not playing with me rather than I with her?” (Michel de Montaigne)

Underlying any artistic endeavour is an urge to interact – with an audience, with art history, with instruments and matter, one’s surroundings, other artists, oneself. This interaction, however, is not one among equal players: one person – the artist – is usually held responsible for the act. The composer composes a composition, the improviser improvises an improvisation, the performer performs a performance. These concepts suggest that the interaction is one-directional. This is why I call my work ‘playing with …’. For me, this expresses the multi-directionality of art. The cat also plays with me.

Although the title of my album is ‘Playing with standards’, the number and kinds of ‘playmates’ are infinite. They can be both conscious and unconscious. Most conspicuously, I play with two pianos, tuned a quartertone apart. When I play with my pianos, my pianos also play with me. The sound is not only produced and controlled by me, I am also guided by the resonance of the strings. Moreover, tuning the pianos a quartertone apart, I play with our collective artificial habit: the equal temperament. Since J.S. Bach’s Das wohltemporierte Klavier, the custom in Europe is to have twelve equal semitones in one octave; a uniform system of tuning that still dominates Western music. Adding quartertones, one octave is divided into twenty-four equal intervals, multiplying the harmonic possibilities. Thus, our playmate – tonality – who had become a self-evident tool, is brought to the fore. I do this both to question the tradition and out of love for it.

I also play with another convention: standards. The word speaks for itself. In the history and tradition of jazz, a number of popular songs became part of a collective language which facilitated playing together in a spontaneous way. This carried within itself the risk of stifling creativity by dressing up musicians in a stylistic costume. At the same time, relieved of the responsibility of deciding which clothes to wear, the musician is free to focus on other aspects of playing – this is the paradox of freedom. Standards are imprinted on our collective (un)consciousness – even if you do not know a particular song, its nature is such that it sounds recognizable. The familiarity of the songs allows a greater level of abstraction than when creating or composing from the unknown – the known has yet to be established.

Typically, the musician plays on the harmonic and melodic structure of the standard, for example in the so-called solos. This in itself has become another habit which obfuscates the great variety of playmates. One of the things I aim for in this project is to deconstruct the harmony and melody itself, with more floating voice leadings, meandering paths on which the listener can drift along and eventually lose all sense of direction. Sometimes, I only play with the leftovers in my memory. By striving to remember those fading fragments, another creative space opens: the standards are transformed, not intentionally but out of necessity. We tend to forget the importance of forgetting. What we remember and what we forget are signposts of what we value. I found comfort in this organic, more intuitive way of expressing my aesthetics. I look at standards as archetypal figures which spring up in memories or dreams, sometimes blurry, sometimes clear and shocking.

In its foggy shape, the identity of the original loses significance, and with it, the author does too. Isn’t it this doctrine of Original and Author that has overshadowed the role of the listener in the existence of a piece? When we listen to music, we also compose: selecting the sounds based on the capacity of the ear, their familiarity and our receptibility, and shaping them into wholes, we are actively involved in the creative process. Like the ouroboros – the snake that eats its own tail – this process of listening and creating is an unending cycle, perpetually in motion. The concepts of beginning and end become hollow. When we create, we do not create out of nothing: any idea is at least a representation of a memory or impression. Even if it feels like a fresh start, this is only because what occasioned it got lost somewhere in the depths of the mind. Beginnings, endings, results, occasions, moments – all are copies without original. Simulacra! They repeat but they are not the same. We must beware of confusing repetition with resemblance. A recording on repeat is different every time, changing with the listener’s mood, the memory of the previous listening experience, the atmosphere …

‘Playing with standards’, the standards are repeated. It is precisely by repeating that I hope to stress the variation that is always part of repetition. Opposed to this stand the comforts of sameness, on which, for example, the artist’s ‘image’ is based, a style that is preferably reproduced as much as possible. Creatures of habit that we are, we look for similarity and recognizability. We need a name, an individual who can be held responsible for the creation in question. There is a tendency to look for a subject, and thus we overlook the interactive whole that surrounds it, always transforming and in motion.In my project, change, unpredictability, uncertainty, fluctuation become values. Author and work lose their individuality. The whole exceeds the subject. When playing, there is only interaction, no cat nor I.

The triple CD-box will be released January 1, 2023

and the triple LP-box October, 2023 (with different tracks), at eNR, elnegocitorecords.com.

Playing with 'Bye Bye Blackbird and The Folks Who Live On the Hill'.

Playing with 'The Days Of Wine And Roses', 'I Fall In Love Too Easily', and 'In the Wee Small Hours'

'Last Night When We Were Young' version 2

Seppe Gebruers Plays With 'I Loves you Porgy' version 1

Soon there will be videos of Seppe Gebruers who will talk about 'Playing with ...' with Michaël Borremans, Maya Verlaak and Chris Rainier. 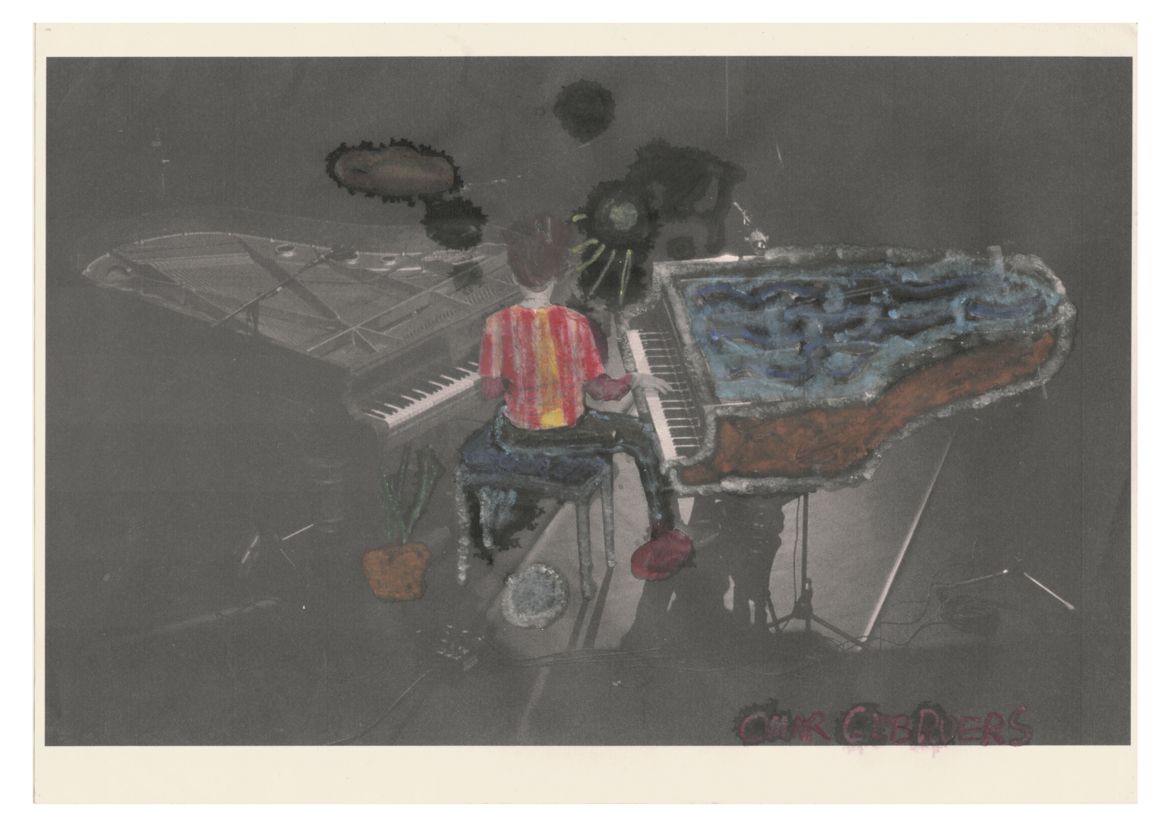 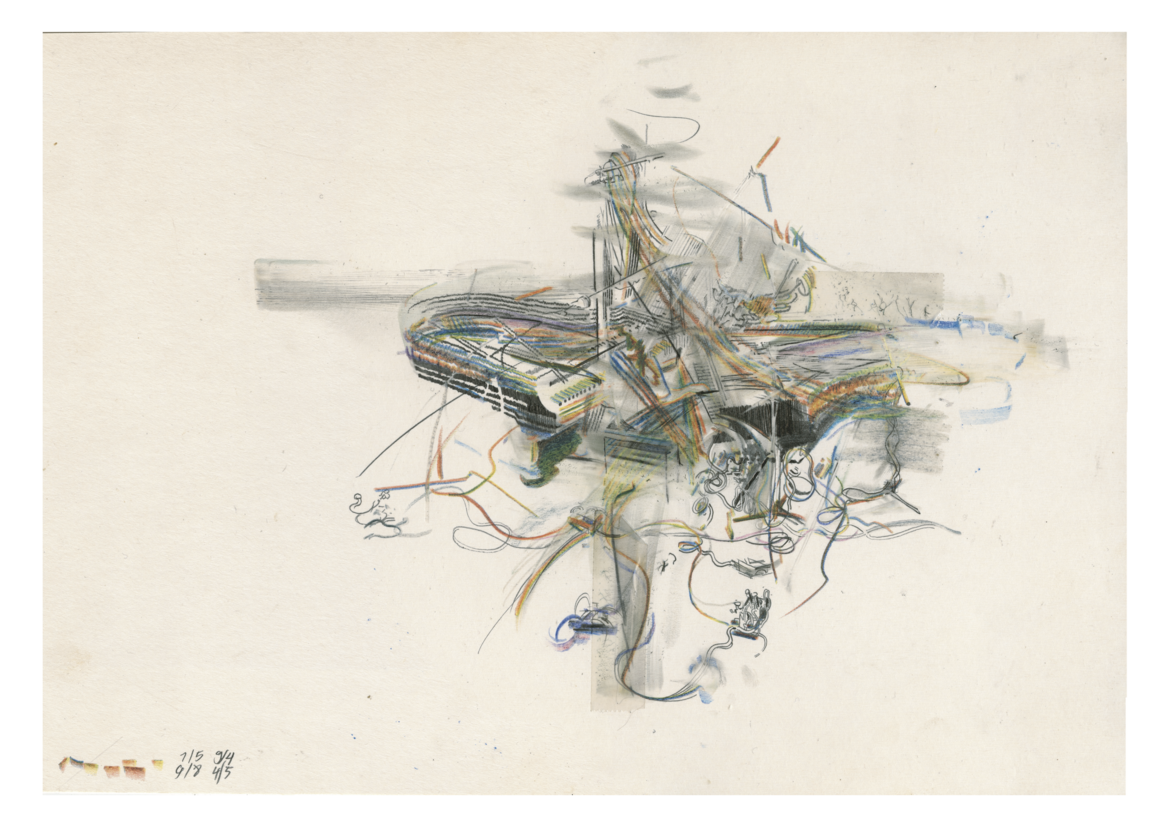 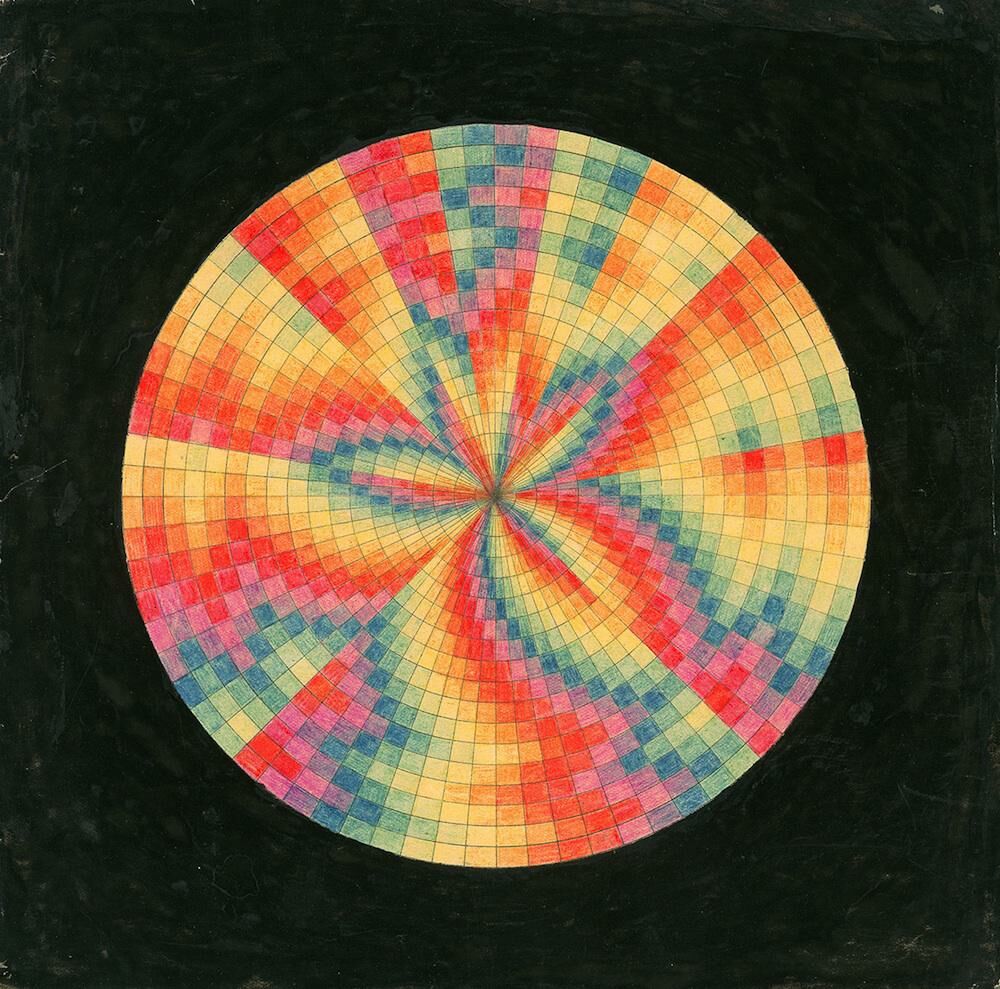